Trust is Natural; We Are Taught to Lie

One of the most significant talents you can acquire is the ability to pick up on cues given by those telling lies. Become a human lie detector; it's helpful in all situations, work, social, and family. Use the signs, and you might save yourself some heartache.

We all tell lies more often than we would like to believe. In general, humans are born to trust others. However, we are eventually taught to lie. We continue to trust everyone until something causes us to stop. As we gain experience, we tend to not offer 100% trust to all those we encounter.

In interpersonal relationships, it is also in our nature to believe what those close to us tell us. This behavior is prevalent in romantic and significant business relationships. We judge the strength of these bonds on the trust we have for the other person. When we are 100% honest and truthful, we are the least suspicious of any deception occurring. 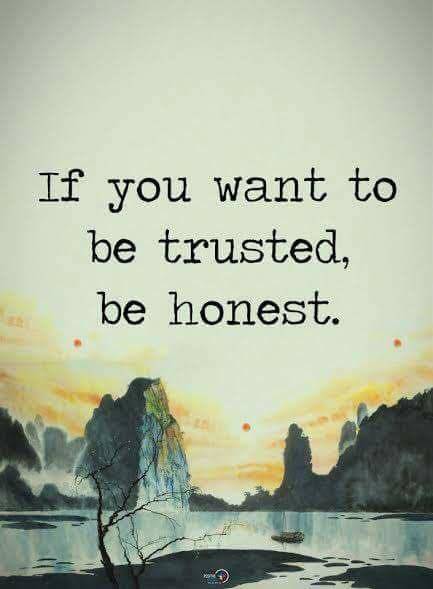 Many pride themselves on "not trusting others." You are not at fault for having trust as your default

Of course, you should not let others take advantage of you. Nor should they mistake your kindness for weakness.

We should trust people, and most of the people we meet are trustworthy. However, we will all come in contact with a person that is choosing to deceive and betray you through lies.

If you can detect a liar, you may save yourself some emotional troubles and heartache. Lie detection is helpful in professional, social, and family environments.

Every one of us lies several times each day, often for the sake of convenience or to keep some information private or personal. In the vast majority of cases, these lies do not cause any emotional trauma or heartache if exposed.

HeroStyle recommends that you be as honest as you can with all people unless the brutal truth will only hurt another's feelings or cause problems without any final benefit.

The issue is one when the lies start to appear in a significant relationship such as with a partner, close friend, family member or spouse. When the lies are used to hide one from reality, deceive, or even betray another they can be a big problem.

In most situations, we are pretty decent at detecting lies. Unfortunately, we tend to push those instincts and thoughts to the side when we are speaking to another with whom we have a relationship built on trust.

Do you suspect that someone is lying to you in an attempt to betray and deceive you? Here are ten signs that you can use to detect lies.

Detect the lies, and if you are lucky enough to uncover it and stop the deception early enough, you might avoid some pain and trouble.

1. An Increase In Fidgeting

Lying causes us to get nervous no matter how many times we practice. This nervous energy, fidgeting, can be detected in simple actions such as playing with their hair, tapping their fingers, shifting their weight, and shuffling their feet.

This fidgeting is an unconscious preparation to run away if their lies are suddenly detected.

An excellent indicator of a tall tale is if the person making the false statements repeats themselves. Additionally, they may volunteer an excessive amount of details.

You can listen quietly to their story and pause just a bit longer than you might in a typical situation. The deceiver will become uncomfortable with your silence and question whether you believe them. Your behavior will provoke them to repeat themselves and add details.

The liar repeats themselves to buy time as they get their remaining lies straight in their mind or embellish the tale further.

During all their talk listen to the details of the story. If those small bits of information keep changing that is a clue that the story may be false.

It is sure that we are all not blessed with incredible memories but glaring inconsistencies in the story, or if the story seems to evolve with every iteration, it is likely to be fiction.

4. The Liar Will Cover Up Vulnerable Body Parts

In many cases, those that are attempting to deceive you with a lie can feel very unprotected and vulnerable.

They attempt to minimize this sensation by covering, protecting, their head, neck or abdomen.

You might also observe them covering up their mouths as they speak.

5. Spoken Words Do Not Agree With Their Body Language

When they are conveying a sad story, but they are smiling and animated their words do not agree with body language. This disagreement should put you on red alert.

It is effortless to lie with words, but only those that one might classify as insane or a professional liar will not show any changes in their body language. 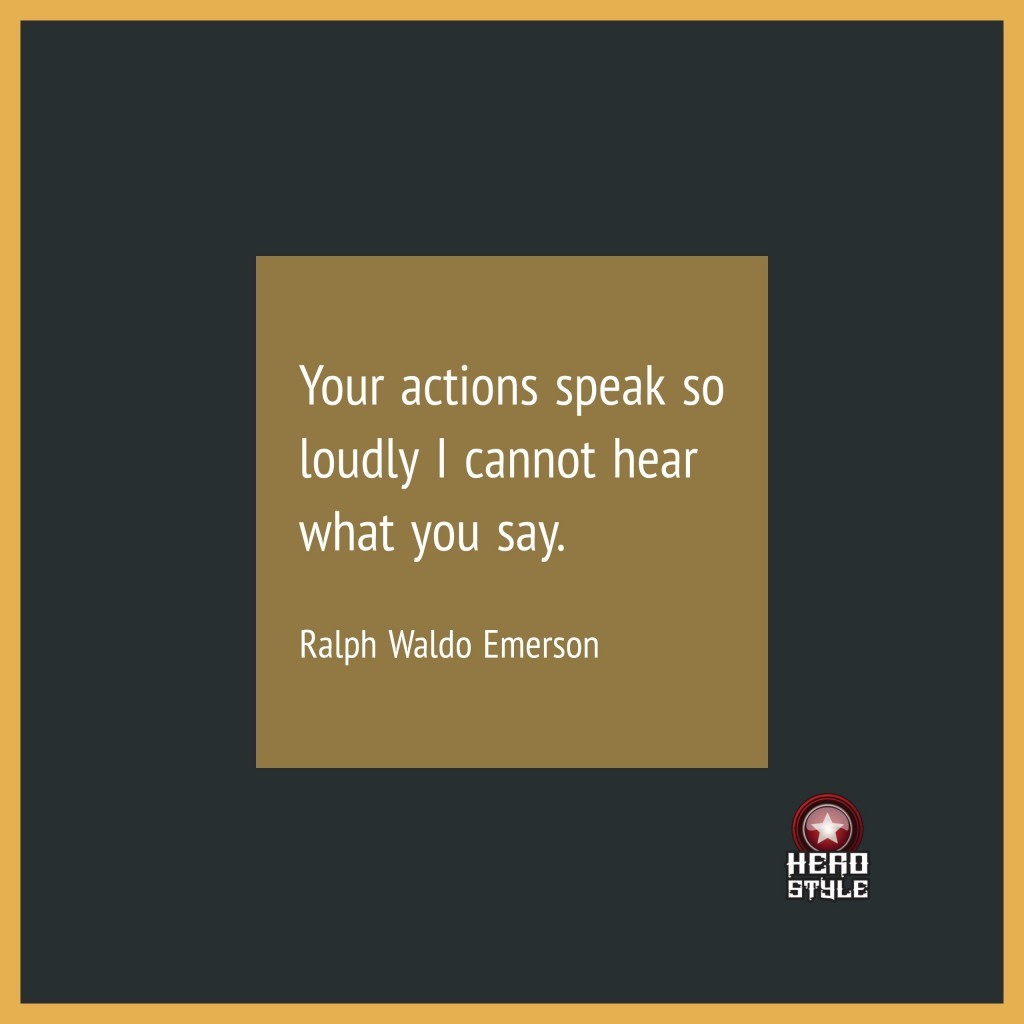 6. The Breathing of the Liar Changes

Our heart rate and blood flow changes when we are engaged in deceitful activities; which causes us to breathe heavier.

There are situations where one's breathing is often heavier than usual. Such as immediately after climbing a flight or two of stairs or during a workout. In these scenarios, this factor is not reliable for detecting a lie. Although, if the person is not engaged in physical activity but rather relaxing leisurely, and their story causes a change in their breathing you should be suspicious.

Recently some researchers were able to show that the typical eye movement/contact that we once associated with lying is not accurate.

The critical point here is to compare their usual eye behavior with their current activity. If it is typical for them to happily look you in the eye when they are speaking to you and now that is not the case, that is a warning sign.

On the other hand, if they make too much eye contact or more contact than they usually would, then it could be a deliberate and quite aggressive attempt to convince you that they are entirely honest with you.

8. The Deceiver Looks For An Escape

There’s more to their eyes than just whether or not they look directly at you.

One thing is that their eye pattern could be different than usual. You need to know their typical eye pattern before you can tell, so you will probably only pick this up in people you know well.

If their eyes are glancing or focused on the exit that is a definite sign that they are indeed lying. Although in most cases, they are not aware they are doing it to plan an escape route should they need it.

Luckily sane and emotionally stable people do not feel comfortable with the process of choosing to lie with the intention to deceive another.

9. They Adjust Their Entire Body

It is likely that they will angle their entire body toward the exit. If they are standing, it is very probable that the liar will make their way toward the door during their presentation of the lie.

Another sign is that if you notice that their body becomes tense when discussing specific topics; or when you approach them. The tensing is a sign that they are hoping you are not coming to speak to them and that they would rather be anywhere else at that moment.

10. Their Behavior Is Uncharacteristically Aggressive

When you ask them a simple question, and they become outraged and confrontational toward you, this is a huge red flag. It is almost sure that you are involved with a liar. This aggressive behavior without reasonable provocation the result of the triggering of their unconscious defense mechanism.

Before You Apply To Work For The CIA

Realize that not all of these signs will be apparent in all situations across all people. You must first take a moment to compare their current actions with their typical behavior. This comparison requires that you know the person well.

If you do not know the person well you must take the context of which you hear the information. Recognize that if the person is a psychopath, they will not feel guilty about deceiving you and will not increase their fidgeting.

We recommend that you use these signs and listen to your gut instinct. If you get that gut feeling that the information consists of lies, you are probably correct.

Stephen "Dr. Steve" Kinzey, Ph.D. is a life coach and motivational speaker who helps people looking to market themselves or product using the internet. Additionally, Dr. Steve strives to motivate and inspire those that are single parents so that they can overcome the obstacles that stand in the way of achieving success. Dr. Steve is a single father to his son, diagnosed with Autism Spectrum Disorder, born in 2013. Before starting HeroStyle.org, Dr. Steve was a University Professor for 16 years and a website designer/developer for five years. After a successful career of teaching and advising both undergraduate and graduate students, and developing internet marketing plans to help small businesses succeed, Dr. Steve now coaches and guides those that feel as if the obstacles they face are too significant to overcome. Steve enjoys spending quality time with his son and motorcycling. Dr. Steve is available to schedule for coaching via HIPAA compliant video conferencing or to speak to your group. You can learn more about Steve via social media https://lnk.bio/sjk

View all posts by: Stephen Kinzey

This site uses Akismet to reduce spam. Learn how your comment data is processed.